by Bad News from Cosmos 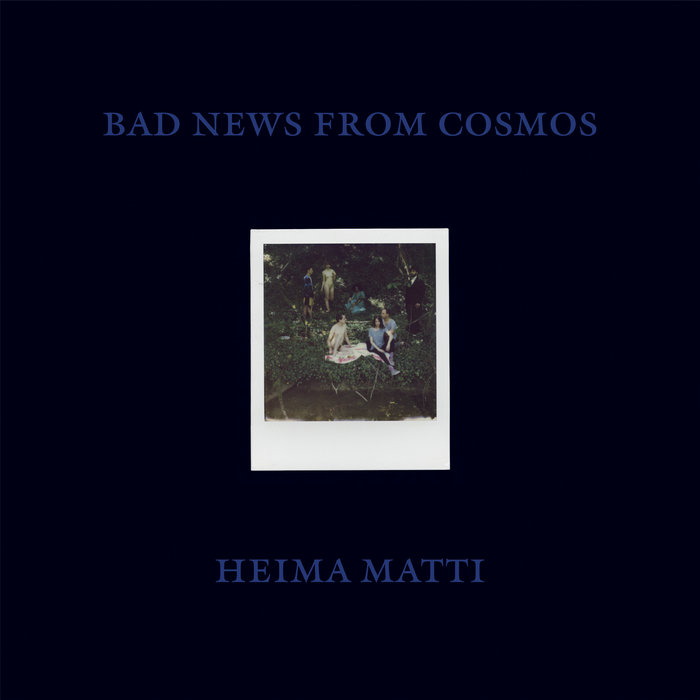 On A side: four pop-tuned songs which video-clips were directed by Julien Carreyn.
On B side: a series of meandering instrumental tracks made of aqueous pianos and tortuous machines, that are the soundtracks of some Carreyn’s experimental videos.

For the past three years, Iryna and Andrii have been recording music in Odessa – at times as Bad News from Cosmos, at times as their alter ego Heima Matti –, while exchanging views with Carreyn, who was shooting peculiar video sequences on a tennis court (Kosmadomamama), in a hotel in front of a seashore (One Hundred Twenty Stars), in the Meuse region (Ker-Xavier dans la Meuse)... In 2017, as the Ukrainian duet was touring in France, the opportunity to bring all of them together was finally offered by the art center vents des forêts, who invited them to join Carreyn for a residency in the forest. The video Like the Flames is a living painting of Iryna and Andrii having Déjeuner sur l’herbe (“luncheon on the grass”), Carreyn using his low-resolution video mode as an adaptation of the impressionist approach and reversing the standards of music videos with its unusual rhythm.

Take a look at the videos here :
anywaverecords.com/music_for_the_eyes/julien-carreyn-bad-news-from-cosmos

Bandcamp Daily  your guide to the world of Bandcamp